Chickpeas are a very important crop and food in India. They are used almost every day in meals and snacks. India is the largest producer, consumer, and importer of chickpeas. And with good reason — they are high in protein, fiber, and vitamins and minerals. 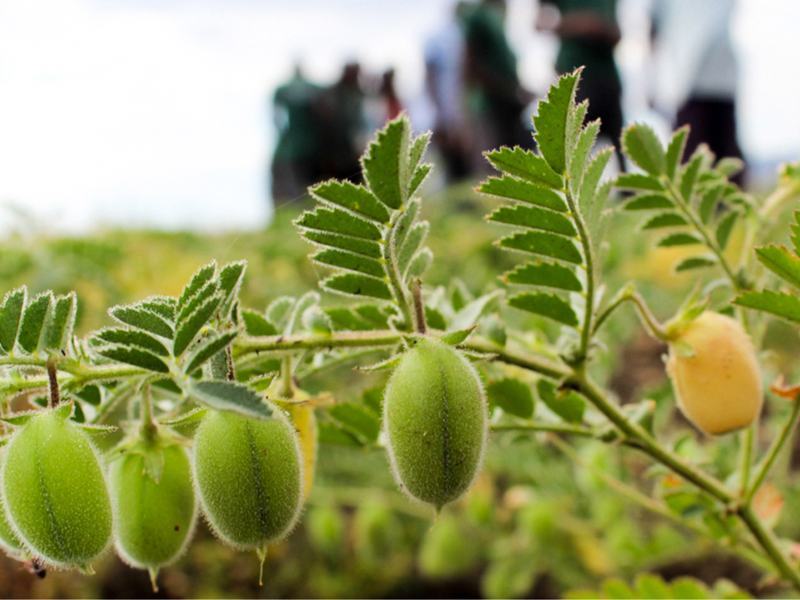 Chickpeas mature on the plant. They are mature when they have turned a yellow color. Credit: ICRISAT

While India grows about 12 million tons of chickpeas each year, the national yield of the crop has not increased much over time. However, the need for more chickpeas to feed the increasing population continues to grow.

This is why a group of researchers across several research institutions in India are working to develop high yielding chickpea varieties. The team recently reported their results in The Plant Genome.

“High yielding varieties will help smallholder farmers by delivering more produce with an option to increase income,” says Rajeev Varshney, member of the Crop Science Society of America. “It is important to develop better varieties that are tolerant to drought and are able to meet the demand.”

Over time, chickpea production has moved from northern India to the central and southern parts of the country, where there is less water. This is in addition to climate change impacting global agriculture.

Varshney and his collaborators set out to breed new varieties of chickpeas with drought tolerance and higher yields. They used genetic techniques to breed several traits for drought tolerance. They focused on popular chickpea varieties already grown by farmers. 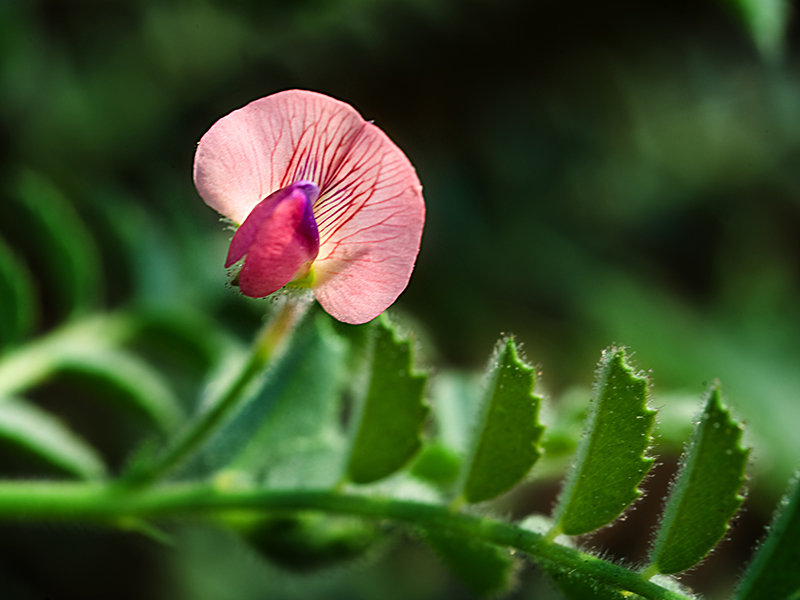 “However, this conventional process is not very precise, and in this procedure, breeders need to screen a large number of plants in field conditions,” Varshney explains. “For example, if there is a lot of rain in that season, breeders cannot select the line for drought tolerance. It ruins the whole experiment.”

To combat this, the researchers used a technique called marker-assisted backcrossing. It uses laboratory techniques to detect a genetic marker. Genetic markers are DNA segments associated with certain plant characteristics or agronomic traits desired by farmers.

By being able to detect certain plant characteristics in the lab using genetic markers, there is no need to do lots of testing every year in the field. It makes the breeding process precise, fast, and cost-effective.

The work helped incorporate drought tolerance into three popular varieties of chickpeas. Overall, researchers developed six lines of chickpea with higher yields under drought conditions. One line, Pusa Chickpea 10216, has been released for use by Indian farmers. 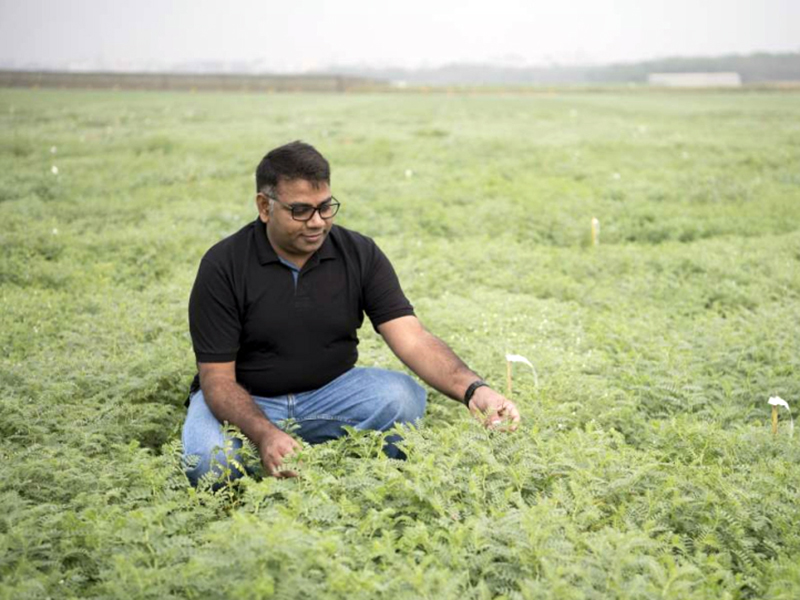 “We worked with already released elite varieties that are preferred by farmers,” Varshney says. “By improving these, it’s more likely they will be adopted by farmers in a faster manner.”

“Here we have demonstrated successful use of using genetic markers to develop drought tolerant chickpea varieties,” Varshney says. “We would like to see this kind of breeding being deployed by our national partners at a large scale in India, Ethiopia, Kenya, Tanzania, and elsewhere.”

This research shows the public benefits of this kind of genetic research. Maintaining strong public support and funding for the research pipeline allows such work to take place.

Rajeev Varshney is a research program director at the International Crops Research Institute for the Semi-Arid Tropics (ICRISAT) and Adjunct Professor with Murdoch University (Australia). Support for this research was provided by the Government of India through its Department of Biotechnology in the Ministry of Science and Technology, Department of Agriculture, Cooperation & Farmers Welfare in the Ministry of Agriculture & Farmers Welfare, and the Bill & Melinda Gates Foundation.