“Faced by extreme challenges in feeding the world, we look to modern science tools like genomics and molecular breeding to facilitate crop improvement,” said Director General William D. Dar during the inauguration of the 6th Meeting of the Department of Biotechnology – Project Monitoring Committee  in Agri-Biotechnology held at the ICRISAT headquarters on 9-10 May. 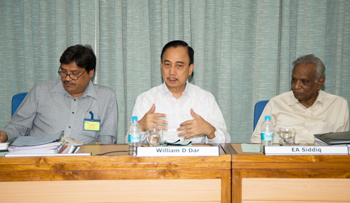 “ICRISAT is well placed to use these technologies with strong support from the Government of India. Our common goal is to benefit the millions of farming households who live and toil in the harsh conditions of the semi-arid tropics,” he said, emphasizing the role of genomics as an important tool for crop improvement and the achievements as a result of the active collaboration between ICRISAT and the Department of Biotechnology.

Thanking the department for their contribution to several genomics and molecular breeding projects at ICRISAT, Dr Rajeev Varshney, Director, Center of Excellence in Genomics said, “With financial support from the department, ICRISAT has been able to extend marker genotyping services to a range of partners, enabling them to embrace genomic technologies in their breeding programs.”

Dr Mohd Aslam, lauding ICRISAT’s contribution to Indian agriculture, said, “We are pleased to partner with ICRISAT on crop improvement projects in pulses. ICRISAT has really lived up to its name by excelling in high-quality science, in establishing the Centre of Excellence in Genomics.”

Speaking on the occasion, Dr EA Siddiq, former ICAR Deputy Director General (Crop Sciences) and Chair of the Department of Biotechnology-Project Monitoring Committee, said, “Modern genomics and breeding tools are essential for crop improvement, and ICRISAT is integrating genomics research in their crop improvement program in an excellent manner.” 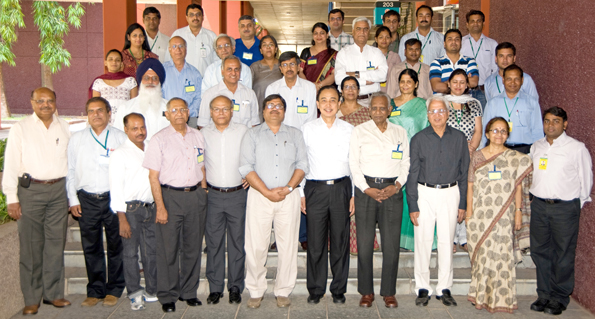