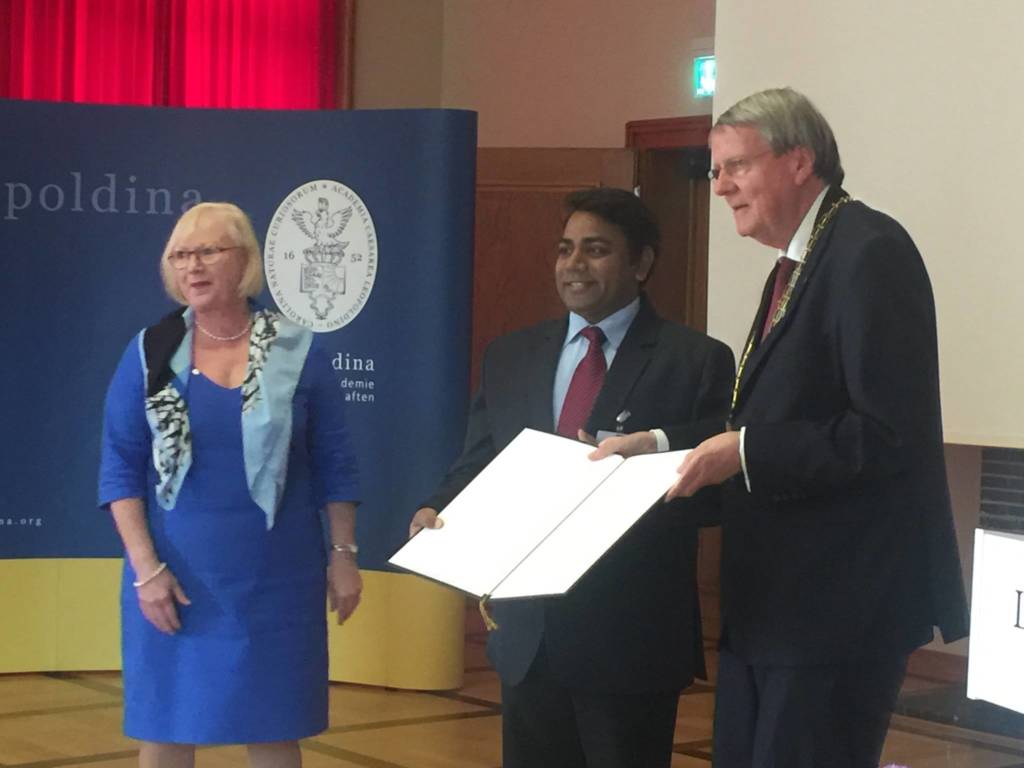 During the felicitation ceremony held on 17 May 2017 in Germany, Dr Varshney said, “When I landed in Germany for the first time in 2000 and joined IPK-Gatersleben in January 2001, I never dreamed that one day I would be conferred with the highest scientific honor from Germany. I feel privileged, honored and humbled to receive this. I am very grateful to Prof. Andreas Graner, my mentor and my post-doc supervisor for all his contributions.”

The ICRISAT leadership congratulated Dr Varshney for this prestigious recognition.

The Leopoldina is one of the oldest scientific academies in the world (founded in 1652), committed to free science for the benefit of the people and shaping of the future. The Academy had/has several high profile personalities as its Fellows (including several Nobel Prize Laureates).